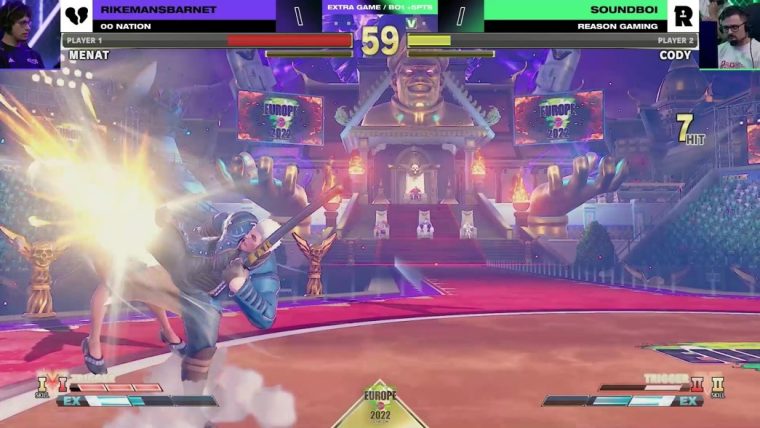 This week, we could witness a real prowess coming on the edge from Reason Gaming against the giants from 00Nation. Meanwhile, Wild Blast did not come out too shabby against MOUZ, despite another well-fought defeat.

First, the Brits of Reason Gaming were off to a bad start as captain MQS and star player Shivs both lost the first two battles against Veggey and Rikemansbarnet 10 to 0, conceding 20 points to 00Nation right from the start.

But it was without counting with SoundBoi and his main character Cody, that even earned him the well-deserved honors of the highlights of the week. Not only did he beat Phenom “the phenomenon” in the 20 points-worth third battle, the English player also kicked out the other star player of the Nordic team, Rikemansbarnet (Menat) all by himself, during the extra battle that logically followed, thus bringing 5 additional points to his team, leading to a very tight final score of 25 to 20 for Reason Gaming.

For the second match, there was finally little hope for Wild Blast, as they could not do much against ProblemX, Broski and The4philzz sent by MOUZ, playing on the HOME side, to defeat Vegapatch, Momi and Takamura, in this order.

Still in last position of the leaderboard, Wild Blast allows MOUZ to claim first place thanks to another 40 points that also make them even more confident for the rest of the competition. Which as a wise man said, “isn’t over till it’s over”.