We had to wait until day 8 of the tournament to finally see Mister Crimson’s team fight Luffy’s guys. An exciting match that should not overshadow the second encounter this week between two very European teams.

Today is the day! Luffy and friends from team GO finally confronts BMS led by Mister Crimson who are playing at home this week.

As both French team go against one another, we can prepare for explosive moves indeed and some character pick surprises coming from BMS as these will be revealed in the very last moments. Still, expect some usual Dhalsim from the French captain, especially against Luffy, who should theoretically line up some Karin or R. Mika. More unexpected, besides the probable Chun-Li from Valmaster, JuniorLéo from team GO should bring out more new blood with Luke, the last character added to the roster of SFV: Championship Edition. At BMS, are we going to see some “anti- R. Mika” from Kilzyou, for example, or some Necalli mastery, always refreshing and welcome, as often played by Linkexelo? We will see about that in the very last minute. 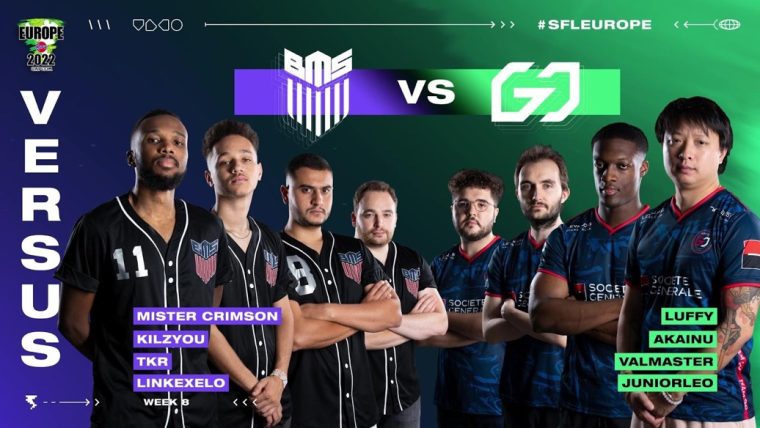 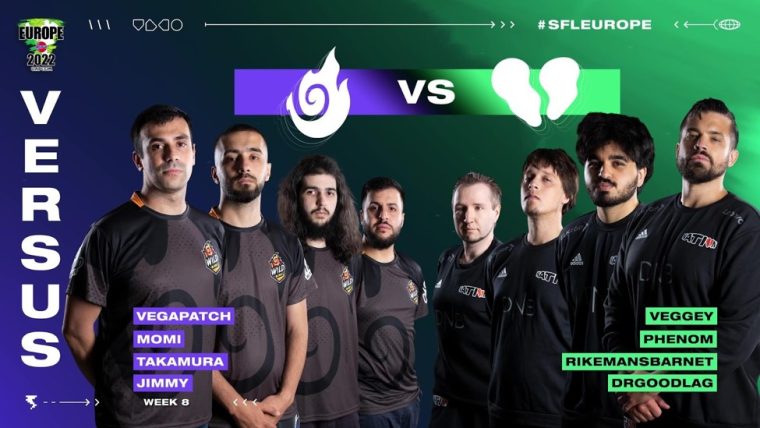 For the second week in a row, Wild Blast will have to solve quite a few puzzles. Defeated 40 to 0 by MOUZ last week, they still stand in the last position of the rankings with only 20 points. So far, the men of Vegapatch only faced defeat throughout five games played, even if this result was very often decided on the edge.

Provided they can count on great play from Cammy or Nash – among others – from their Dutchman star player Momi, things still look complicated when it comes to trying to manage a Cammy wielded by Phenom or Rikemansbernet’c Menat over at 00Nation. Once again, competition showed that the level of skill could always lead to unpredictable results. Wait and see!

As usual, these will be broadcasted at 8 pm CET on the following channels: