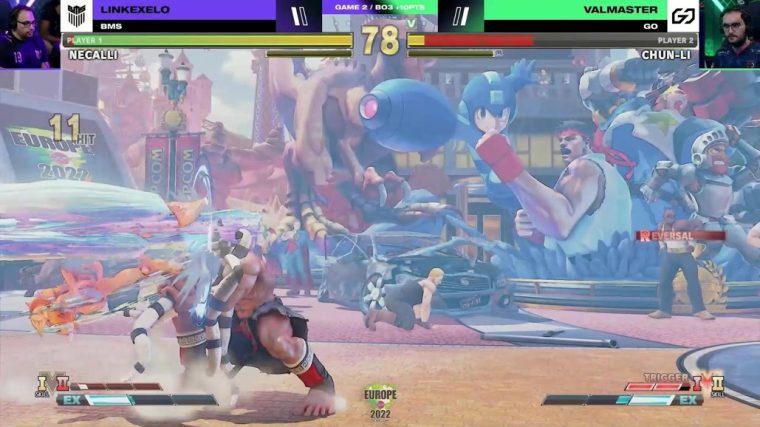 Each winning their match this week, BMS and 00Nation both claimed first place in the leaderboard and will be battling to keep it in the forthcoming weeks.

The long-awaited “100% french” match between BMS and GO finally showed a very clear victory for Mister Crimson’s team against Luffy’s, resulting in a 40 to 0 final score between the two teams. We saw Kilzyou, Linkexelo and Mister Crimson win (really) at home with Dhalsim, successively beating Juniorleo, Valmaster and Luffy. Having us delighted with a pick scarcity only matched the perfection of the skills that ensued, Linkexelo offered us a “Necalli” moment that logically ended up in the highlights of the week.

As part of the teams that play for the 4th week in a row, Wild Blast did not seem to show fatigue and saved honor at home by defeating Veggey, the captain of 00Nation thanks to Vegapatch, its own captain, in the second fight. However, ten little points won’t be enough to take them anywhere beyond last place of the leaderboard at the moment. With only 30 points, the European team remains far from fifth place, held by Reason Gaming with 100 points.